The economic impact of the Quiet Zone

The sound of train horns in downtown Edmond is no longer a frustration for business owners and their customers. 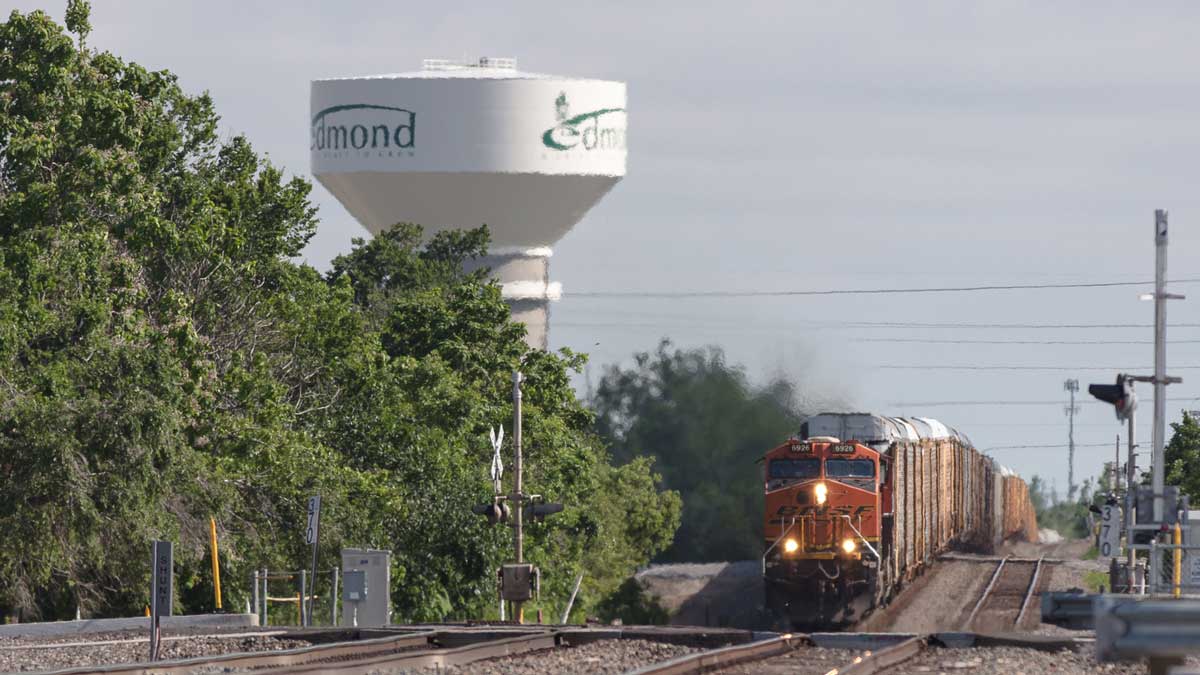 Downtown Edmond has seen significant new business and real estate development in the last year, with more announced to open or begin in the next 12 months. According to city leaders, much of that growth can be attributed to a train horn—well, the silencing of the train horn through the new Quiet Zones, which went into effect in January at all 11 railroad crossings in the city.

“Trains that regularly travel through Edmond will now only sound their horns in emergency situations, not just as a routine precaution while passing through,” said Erin Howell, director of operations for the Victims Impact Panel of Oklahoma, located in downtown Edmond. “The Quiet Zone change will greatly improve the open-air atmosphere that downtown business owners are trying so hard to achieve.”

As long as there have been railroad tracks in Edmond’s city limits, citizens have heard train horns. Those well-intentioned safety devices grew to be quite an annoyance for customers, particularly in the downtown area, while walking outside visiting businesses and restaurants. The noise, heard more than 20 times a day, also made the appeal of living downtown less attractive, something real estate developers like Switchgrass Capital’s Matthew Myers were frustrated by.

“The Quiet Zone allows the customers of downtown businesses to walk and shop without the menacing horn,” he said. “It’s a much more peaceful experience.”

Working with the Federal Railroad Administration and BNSF Railway, the City Council invested more than $3 million to safely update all crossings into designated Quiet Zones. The updates were paid from Edmond’s 2000 capital improvements sales tax and implemented quickly, according to Edmond Chamber of Commerce CEO and President Sherry Jordan.

“We commend the city for working with the BNSF Railway to get this accomplished in a timely manner,” she said. “This is the type of project that illustrates the importance and impact of our capital improvement sales tax. Multiple new developments in Edmond were only possible because of the Quiet Zone, and we expect to see even more sales tax growth as a direct result of these changes.”

City Manager Larry Stevens is happy with investments resulting from the changes. “We’ve been very pleased with the quiet zone and how it is already stimulating additional private investments in downtown businesses,” Stevens shared. “The $4 million dollars invested will certainly pay off in multiples for us as we move into the future.  We’re thankful for BNSF and their willingness to work with us on this project.”

In fact, once the plan for the Quiet Zones was approved, developers began investing downtown even before this year. Myers already announced a downtown luxury cottage pocket neighborhood called The Lark, which is located just a short walk west of downtown.

“Downtown Edmond is going to see more than $100 million in [future] development,” he said. “None of it would have been possible without the Quiet Zone. This means more people living downtown with more jobs, more revenue for local businesses, and tax dollars collected by the city. When the data are collected [later this year], I expect the foot traffic in downtown to double from previous numbers.”

Jordan highlighted a few other developments that would not have happened without the Quiet Zones.

“It has allowed downtown Edmond businesses like the Railyard and the Icehouse Project to expand and use more outdoor spaces,” she said. “It has also been great timing for our streateries and outdoor festivals as we head into the summer.”

Plus, those who work downtown simply enjoy their time in the office more.

“This was a much-needed improvement for the downtown area for sure,” Howell said. “Our meetings in our office now go uninterrupted. I believe the city and railroad have taken good measures to maintain the safety at the crossings and improve the quality of life to the neighborhoods and businesses located [by] the tracks.”

Get Edmond Business news in your inbox.