All too often, it’s only when a loved one is included in statistics that those numbers suddenly have meaning. 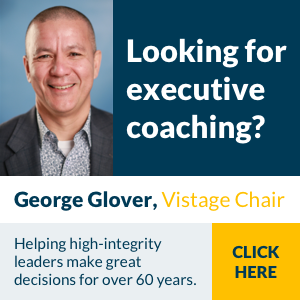 It’s been said a single death is a tragedy, a million deaths, a statistic. The quote, though of disputed origins and displaying a rather cold view of human life, sheds light on the nature of statistics.

People are barraged by statistics every day — facts and figures being used to sell products, to push ideologies, and to discourage certain behaviors.

Two such discouraged behaviors are drunken driving and driving under the influence of drugs, both of which together resulted in 324 deaths on Oklahoma highways in 2016, according to a National Highway and Transportation Safety Board report.

In a world full of facts, data, and figures, such statistics — as tragic as they are — often just remain statistics lost in a surplus of faceless, lifeless, and non-relatable numbers. All too often, it’s only when a loved one is included in those statistics that those numbers suddenly have meaning.

One Oklahoma organization knows this, and for more than 30 years has been using the power of personal experience and face-to-face interaction to keep people from joining those alcohol-related or drug-related traffic statistics.

“What we do is we take that information they’ve heard all their lives, ‘Don’t drink and drive,’ ‘Don’t do drugs’ and we put a face to it,” said Jessi Romero, executive director of Victims Impact Panel of Oklahoma, Inc. (VIP), describing how the organization combats the epidemic of impaired driving.

VIP organizes and hosts panels throughout the state, giving DWI or DUI offenders who are court-ordered to attend the opportunity to listen to and interact with rescue workers, victims of impaired driving, or former DWI or DWI offenders, some of the latter who may have served time in prison following a death or injury resulting from their bad choice.

“We make it personal to them, because when that mom is up there speaking about getting the phone call that she just lost her son, they’re thinking about their mom or their wife or their daughter. We make that education personal and it’s imperative if you want to change somebody’s behaviors.”

Romero said Oklahoma is the only state where individuals don’t have to drive to a major city to attend a panel, saying in fact the organization hosts a panel within 30 miles of everyone in the state. Depending on the whether they are held in a metropolitan or rural area, these panels may have had many as 40 attending or two.

In either scenario, the goal of these panels is the same — not to punish those attending or to make them feel ashamed, but rather to help them identify with those on the panel, to increase their awareness of the possible consequences of their actions, and to encourage better, safer choices, said Romero.

“When they come in, most of them I would say they feel like all they are is a DUI or DWI or whatever drug or alcohol charge they received. Our goal is to build them up to help them see that they can move past this, as long as they make wiser decisions in the future.”

So do these panels work? It appears so.

Romero said the organization has looked as far back as 2013, and cross- referenced the names of those who attended the panels to see whether they had another impaired driving-related  charge in the last six years.

“We have over a 90-percent success rate in people not reoffending,” she said.

But the successes don’t just end there.

Not only are people taking the message of the VIP panelists to heart and making better choices, many on the panel and those attending are experiencing healing, thanks to the panels.

Romero explained that by sharing their stories of loss, victim speakers on the panel are able to process their grief and use it to affect change for the better. It also helps them view DUI offenders as just other people who happened to make some bad choices.

For offender speakers, some who served time in prison as a result of an injury or death caused by their impaired driving, being panelists helps them turn negatives into positives.

“That’s what I think a lot of our bad choice speakers feel is like, ‘Okay, I’ve done this. I can’t take it back. But, I can try to do something right. I can try to prevent somebody else from making the choice that I did,” said Romero.

She explained that offenders sometimes arrive at the panels upset and angry they’ve had to spend more money to appear on the panel. As the program proceeds, she sees much of that attitude changing.

“As the program goes on, you see the tears. You see their shoulders start to relax. You see them start to really take in the message,” said Romero. By the time the program is complete, the offenders often greet the panelists expressing their gratitude.

“It’s very rare that somebody walks out without saying something to the speakers.”

Romero herself knows the healing power unleashed at these panels, herself having experienced tragedy due to drunk driving.

She recounted how in 2006, her boyfriend at the time and three of their friends took two cars and went out drinking. Afterward, they drove and their two vehicles collided, killing everyone but her boyfriend. He was later arrested and imprisoned. Romero said these events resulted in a lot of self-damaging behaviors for her due to the unprocessed emotions and guilt.

It wasn’t until five years later when she began sharing her story as a volunteer speaker on a panel that she began to heal emotionally.

“This program provided the healing that helped me move forward. You never get over it. You never move past it. But you can move forward,” Romero said.

These days, thanks to COVID-19 and in the interest of keeping people healthy, the VIP panels are hosted a little bit differently. Attendees are required to pre-register and pay before arriving to the panel to minimize contact. VIP is holding the programs outdoors in the parking lots of churches or funeral homes — all while observing six-foot distancing rules.

While the offender panels have continued through the coronavirus crisis in this manner, VIP school programs have not — 20 schools canceled programs this year, something which Romero said is unfortunate.

“For a lot of our speakers, that’s their favorite thing to do. They look forward to getting out there and speaking to the students because we would like to do more to focus more on being proactive rather than reactive.”

VIP at one time hosted between 125 to 150 panels a year, but due to tight curriculums and budgets, the number has dropped to between 20 and 30 programs, she said.

Asked why she personally has such a heart for VIP, Romero explained how on a personal level she doesn’t want other people to go through the pain she watched her friends and the families of those who died go through.

“I don’t ever want anyone to experience that,” she said. “I would love to just stop it immediately. From just a more worldly level, this is something that could so easily be stopped by just spreading the message.”

She said people don’t bond with facts, nor do they go on statistics. They identify with people.

“You have to create a personal bond,” said Romero. “We could stop impaired driving as a state, as a nation, if we would approach it with fewer facts and more people.”

Get Edmond Business news in your inbox.

Thomas Berger is the owner of Ciskus Creative, an Edmond-based creative agency focused on creating marketing content for small and medium-sized businesses.

Prior to starting his own company, he worked as the communications/marketing specialist for an Oklahoma City-based office technology company. Former to coming to the Oklahoma City area, he had worked as a career journalist for more than a decade — initially reporting for several newspapers in western North Carolina and northeastern Oklahoma and later as a multimedia journalist for KJRH Channel 2 in Tulsa.

Thomas has lived in Edmond with his wife Alison since 2013. He has a passion for traveling, photography, learning languages, landscaping and coffee roasting. He holds a Bachelor of Arts in English from Western Carolina University.