The golden rule is killing you

If you treat others like you want to be treated, and they have a different preference, you are repelling them, not attracting them. 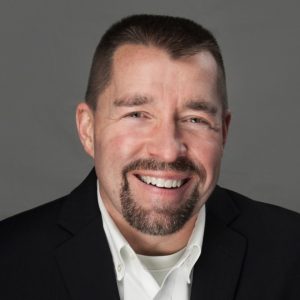 The title is not a misprint – “The Golden Rule” you were taught growing up is killing you, especially now as an adult. Each of you will now fall into one of four groups –

What is the golden rule?

First let’s ensure we are on the same page – we are talking about “The Golden Rule” that says treat others as you want to be treated, not the one about “He Who Has The Gold.” This is a huge challenge to the consultants, coaches, speakers, leaders, and even parents who preach this and beat it into people’s heads. “The Golden Rule” is hurting you more than you can imagine in countless ways.

Here’s another example. Let’s say you happen to love small talk. Following “The Golden Rule” says you should treat others like you want to be treated – thus communicate with them like they love small talk as well. Hopefully, you can see this one and where it could go wrong? Less than one third of the U.S. population enjoys small talk. If we follow “The Golden Rule,” we have a 2 in 3 chance of offending them or flat out pissing them off.

What is the platinum rule?

We could go on forever with examples; however, that would likely only cause you pain, grief, and frustration thinking about the things “The Golden Rule” has goofed up for you throughout your life. Instead, let’s spend a few minutes talking about what you should do. This may shock or surprise you (again, hold on for common sense); treat others as they like to be treated. At Sandler we call it “The Platinum Rule.”

Can you see why “The Golden Rule” is killing you? We only get one chance at a first impression, we either make it or we kill it. If you treat others like you want to be treated, and they have a different preference, you are repelling them, not attracting them. Begin practicing “The Platinum Rule” instead. When you treat others as they want to be treated, they love you. This is tremendously beneficial in both your professional and your personal life!

Mike Crandall lives in Edmond, Oklahoma. He is a Consultant, Coach, Trainer, Speaker, and Author focused on the Subconscious Psychology of Human Interaction and Motivation. His firm specializes in Sales, Management, and Leadership Development for Proactive Business Growth. Mike is based in Oklahoma and serves Visionary Clients across the United States. He can be reached at Mike.Crandall@Sandler.com or at (405) 844-1700.